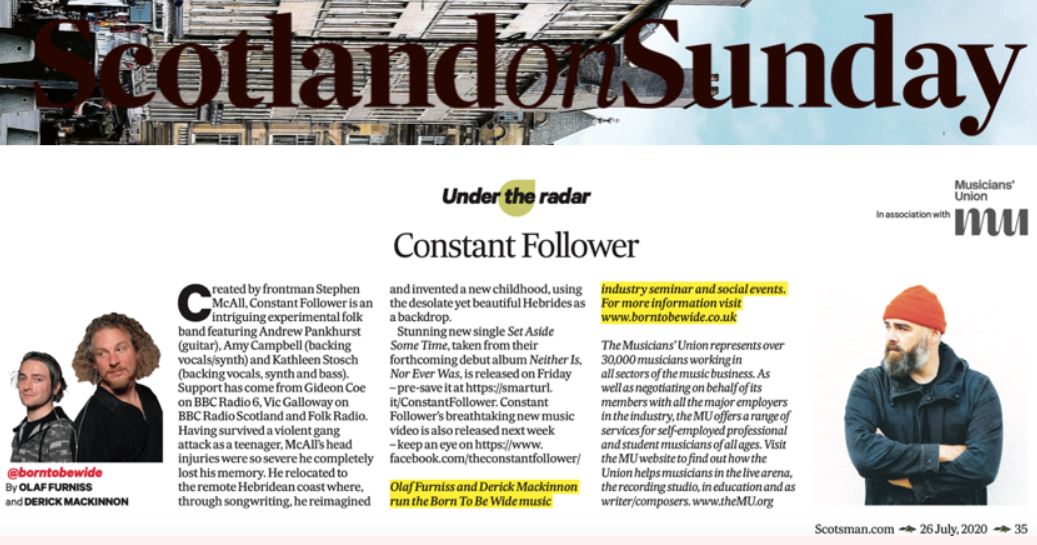 Musicians’ Union Artist of the Week in Scotland On Sunday, photo by Jannica Honey

Words by Derick Mackinnon and Olaf Furniss. Read on Scotsman.com

Support has come from Gideon Coe on BBC Radio 6, Vic Galloway on BBC Radio Scotland and Folk Radio. Having survived a violent gang attack as a teenager, McAll's head injuries were so severe, he completely lost his memory. He relocated to the remote Hebridean coast where, through songwriting, he reimagined and invented a new childhood, using the desolate yet beautiful Hebrides as a backdrop.

Stunning new single Set Aside Some Time, taken from their forthcoming debut album Neither Is, Nor Ever Was is released on Friday, (pre-save it at https://smarturl.it/ConstantFollower). Constant Follower’s breathtaking music video is also released next week, keep an eye on https://www.facebook.com/theconstantfollower/