We've just released the remaining copies of our Gentle Teaching EP for purchase in our store. It features 4 tracks (plus a bonus track) recorded live at CFFC studios in Stirling in March 2019. It's strictly limited to 100 copies, most of which were sold at our recent live shows.

We wanted to release some of our music to fans ahead of our full album (due later this year) but, instead of a soulless 'digital-only' release, we wanted to make a more tangible product that people could keep. Cue hours of frustrated folding, trial and error and more error, until we realised the perfect pattern for this sweet little origami vessel.

Inside, you'll find a download code for the EP (+ bonus track), mini-photos taken by the band and a sticker.

We released it in collaboration with the Death Collective - a Stirling centred collective of musicians, artists, promoters and like-minded people. The label has previously released music by Quitter, Scott William Urquhart and Sulka amongst others. 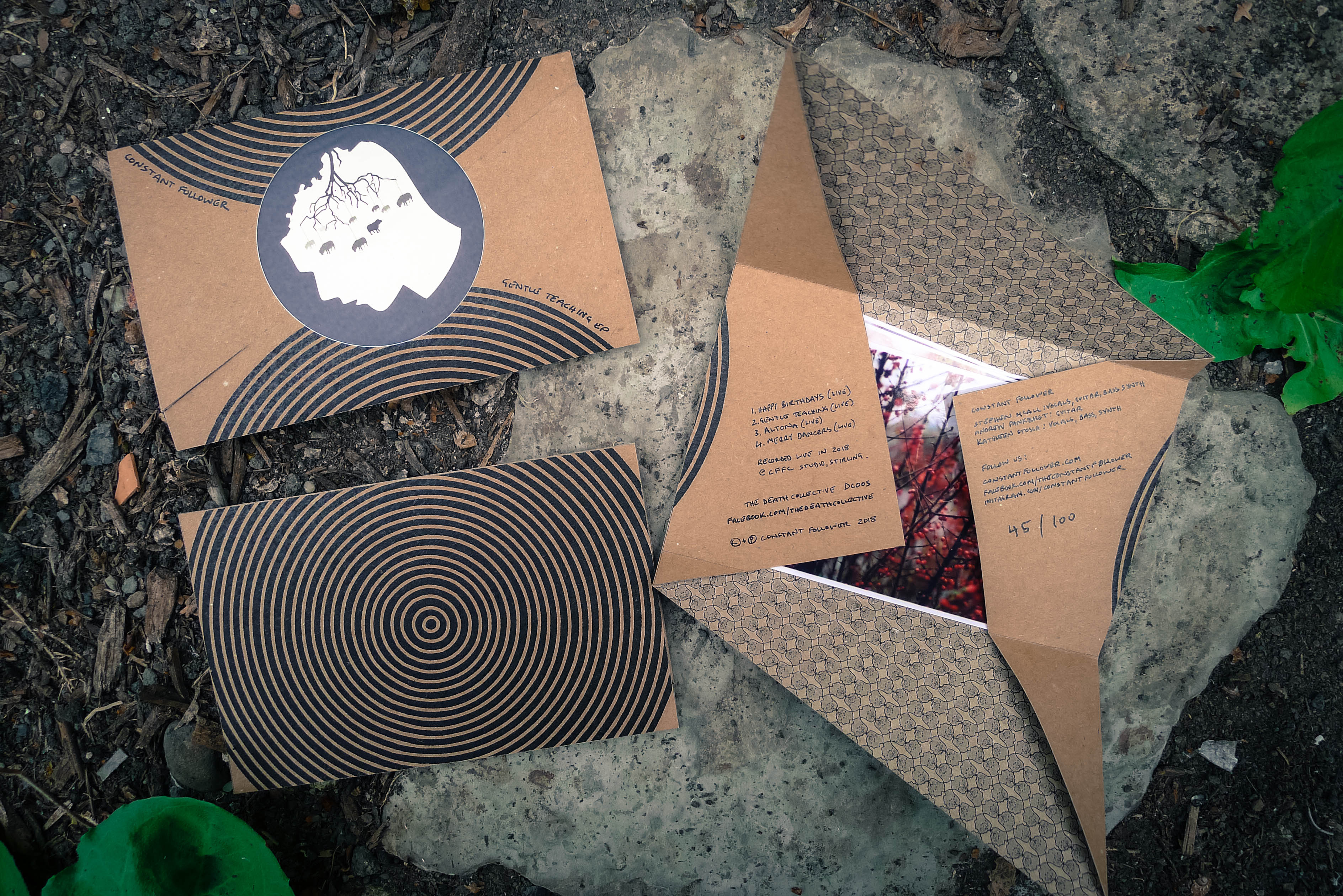 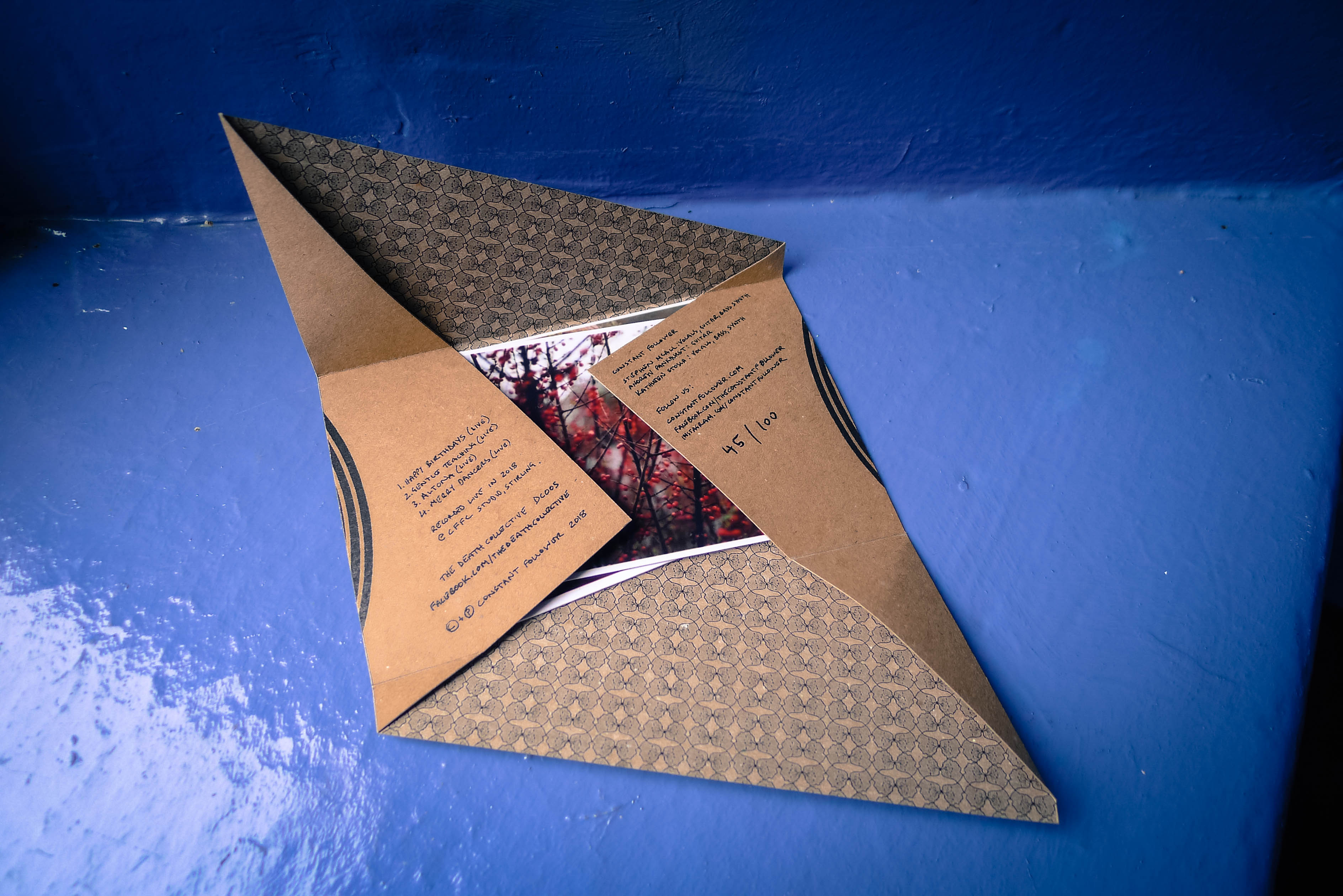 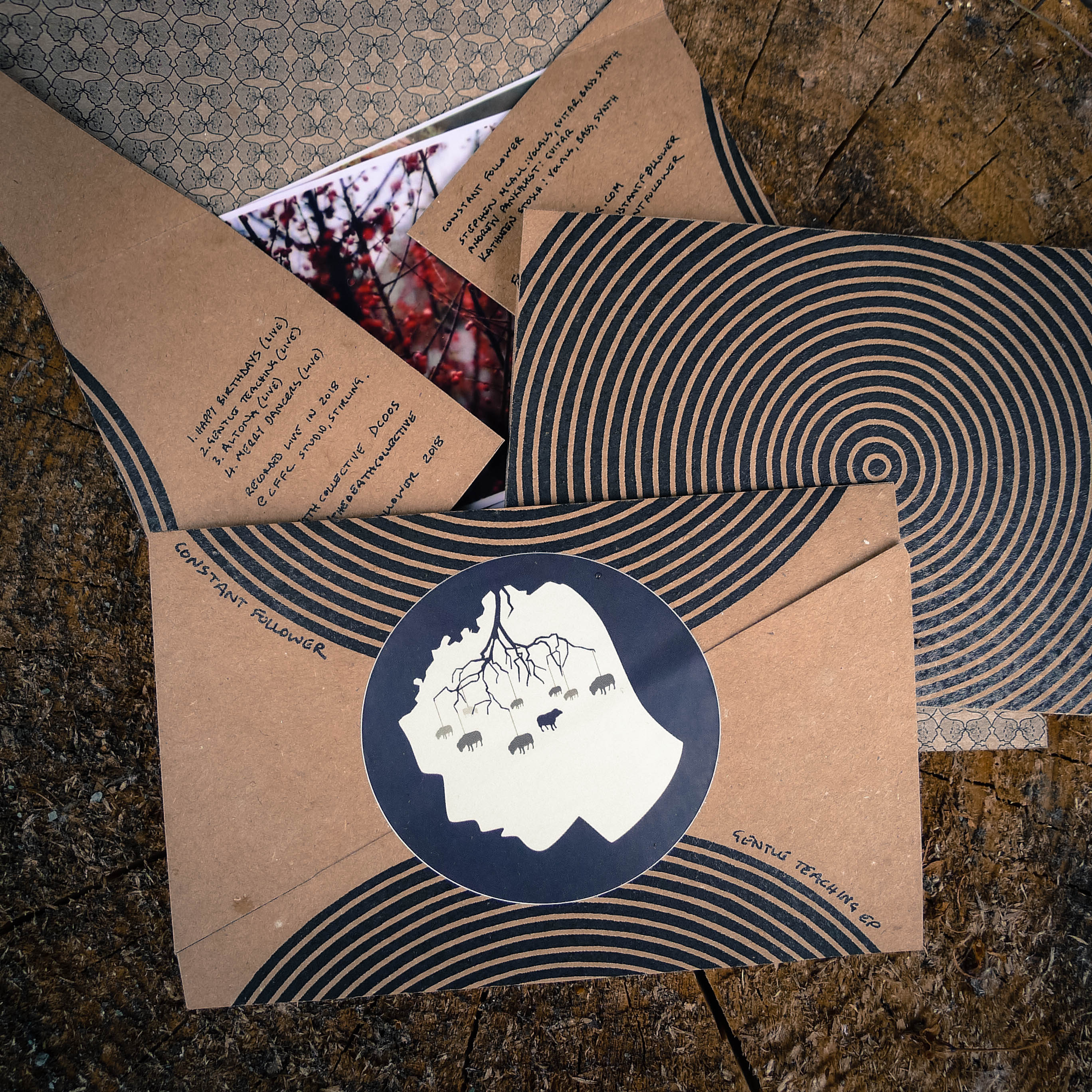